A film about a woman who quits her teaching job in New Orleans to discover her voice as a filmmaker in the midst of an underground punk scene in Myanmar.

STORY BEHIND THE FILM:

#streetpunxofyangon is a narrative feature that originated from Polish-born director Maja Holzinger’s trip to Myanmar when she stumbled into an underground punk scene and shot a short film with the band Rebel Riot. She then partnered with Puerto Rican-born writer/producer Yamil Rodriguez and, together, they came up with a story that reflected their own creative process.

Similar to the plot of the movie, the initial inspiration was to set a film in a fascinatingly foreign city. But the more time Maja and Yamil spent in Yangon developing the script, the more obvious it became to them that they were not the ideal voices to speak for a culture they could only glimpse from the outside.

The story took them back to New Orleans where they asked writer-producer Eric Layer to turn the concept into a movie script. The independent film project took off through the group effort of a community of local artists and filmmakers. The film is a labor of love for all involved and a vivid example of the most serendipitous New Orleans community and magic. 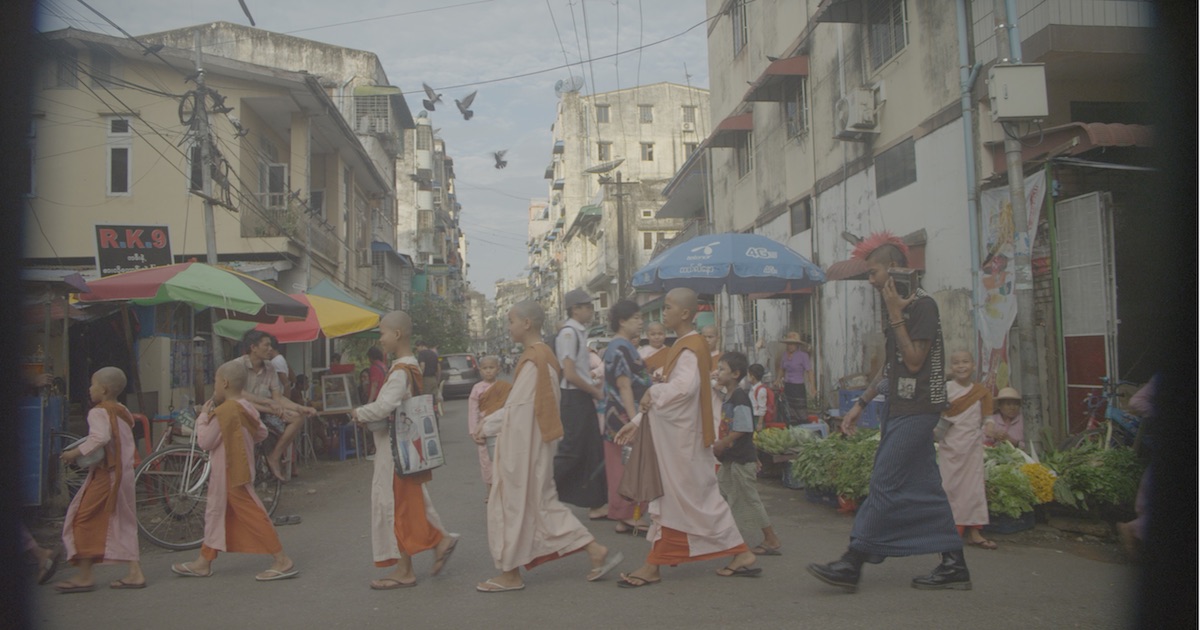 Writer/Actor/Director Maja Holzinger, upon receiving her masters in Film Studies, settled in New Orleans where she has directed several short films and taught at the University of New Orleans. She is currently producing and editing a documentary about musician Alex Ebert as well as developing her first narrative feature #streetpunxofyangon.
www.majaholzinger.com

Writer/Actor/Producer Yamil Rodriguez, a Puerto Rican born, Miami raised artist based in New Orleans has presented his performance art on screen, stage and galleries. He is currently producing and editing a documentary about musician Alex Ebert as well as co-writing and producing a narrative feature #streetpunxofyangon.
www.yamilrodriguez.com

Writer/Producer Eric Layer is a writer, producer, actor, and musician residing in New Orleans. He recently completed his graduate degree in creative writing with his thesis novel Boiltown. In 2011, Eric was awarded the Emerging Voices Fellowship at PEN Center USA, followed later by the Mark fellowship. His film review parody, “Quixote Jones,” recently appeared in the anthology Critically Acclaimed. Other stories have been featured in The Rattling Wall, Trop, Palehouse, Penny-Ante, and The Medulla Review.

Director of Photography Alex H. Payne is a New Orleans-based cinematographer. Ale has shot award-winning narrative shorts, music videos for the likes of Arcade Fire and Pell, commercials and branded content for T-Mobile and Facebook, art and fashion films, and an Olympic Games television series pilot. His work on “Hunter” was recognized with the Cinematography Award for a Louisiana Narrative Short at the 2016 New Orleans Film Festival.
www.alexhpayne.com

Producer Betsy Holt is an actor and independent filmmaker based in New Orleans and Los Angeles. Highlights of her career in narrative short films include: premiering her directorial debut, Happy Birthday Peg (commissioned by Borscht Corp), this past year; producing a series of interactive live action events that paired with the short Check Surrounding for Safety at film festivals across America; and winning NoBudge's Best Female Performance award in 2015 for Chandelier (NoBudge's Best Experimental Film), which she co-wrote and produced with director Alexander Yan. Betsy plays the titular character in the upcoming feature film Jules of Light & Dark. www.imdb.com www.betsyacts.com

Producer Liat Krongrad is an LA based filmmaker from Miami, FL who has independently directed short films and music videos. Her experiences in feature filmmaking include assistant directing Baron Davis' feature Domino: Battle of the Bones starring David Arquette. She has more broadly experienced the creative industry through supporting positions with filmmaker Scott Rudin and artist Seth Price, and is currently enrolled in her last semester at USC's MFA Film Production Program.